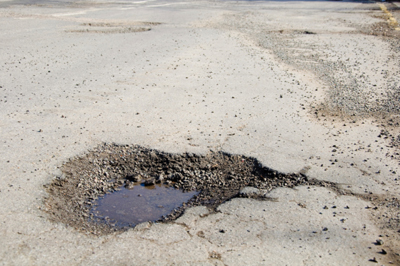 Sinkholes can be dangerous, but ground penetrating radar can help find the problem before it gets out of hand.

You see them in the news, whether it is on the international segment or the local segment—sinkholes. They are surprisingly commonplace especially in Texas, Alabama, Missouri, Kentucky, Tennessee, Pennsylvania, and Florida,  and absolutely terrifying for those involved. Sinkholes open up rapidly, without giving any clues that they are going to occur. While sinkholes can seem incredibly complicated and sudden, they have a remarkably simple explanation and they can be anticipated through the use of ground penetrating radar or GPR.

How Can You Detect Sinkholes with GPR?

GPR services use a transmitter, receiver, and a central computer to transmit radio waves into whatever surface or area is being scanned. Radio waves go into the ground and will bounce off whatever is underneath the surface and return back to the receiver. The central computer is designed to interpret the returning radio signals and provide a 3D picture of what is beneath the surface. GPR services can detect any abnormalities that may be problems down the line or that are problems now.

Choose Concrete Visions for Your GPR and Sinkhole Detection Needs

Concrete Visions has over 12 years of experience and expertise in concrete scanning and we know how to detect any problems lurking beneath the surface. We use ground penetrating radar accurately and expertly and are familiar in many other methods that can be used when appropriate like concrete x-ray and electromagnetic conductivity. If you would like to learn more about how we can help you, give is a call at (410) 766-2210 or visit us online. For more articles and tips, follow us on Facebook, Twitter, LinkedIn, and Google+.