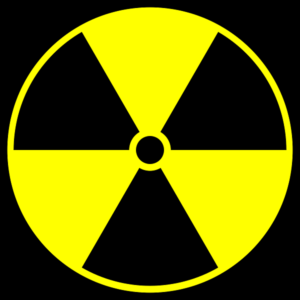 Underground storage tanks can be dangerous for both the environments and inhabitants of an area they are in.

Despite their innocuous names, underground storage tanks can be dangerous for both the environments and inhabitants of an area they are in. They’re dangerous enough such that they are no longer in widespread use and are even considered a danger to anyone who lives in the area of one. While these underground storage tanks used to be an essential part of storing oil to supply heat and other energy to a home, they are no longer used in North America due to the dangers they pose.

One of the biggest dangers associated with underground storage tanks is the risk of corrosion. The surface of the oil tank can corrode over time, which may lead to deep, serious damages in the metal. That may not sound so bad, but excessive damage can then lead to oil spilling out of the tank. Because underground storage tanks are exactly that—underground—it can be difficult to monitor them to see if they are corroding or not.

If underground storage tanks do begin to leak, you’ll quickly notice, which means the corrosion has already gone too far. Be on the lookout for spots of oil or corrosion of other objects. These are all indicators that the tanks, which were made of uncoated steel that gives way to easy corrosion, are beginning to wear down and demand the help of a professional oil tank removal company.

After an oil leakage from an underground oil tank, the biggest threat is contamination. It’s a common problem that occurs from oil tanks getting older and beginning to spill or leak. Soil contamination will kill vegetation, make growing new vegetation difficult, and will even hurt wildlife or pets in the area. Finally, that contaminated soil also puts the inhabitants of that area at risk, which is why it’s very important that underground oil tanks around the country be removed in a safe, professional manner.

Whether an underground oil tank actually ends up leaking or not, it should be removed either way. Companies with experience doing this kind of thing are able to use high-quality tech to detect an oil tank, remove it, and ultimately dispose of it in a way that doesn’t further harm the environment.

Categories: Tank and Drum Locating | Tags: commercial property, safety, and underground utilities
This entry was posted on Thursday, August 5th, 2021 at 6:44 pm. Both comments and pings are currently closed.