All About Underground Void Detection 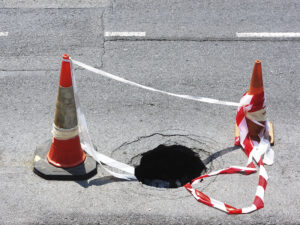 Underground voids can be caused because of material washout.

The Actual Causes Of Underground Voids

There are some clear causes associated with the development of an underground void. In fact, sinkholes tend to be the most common cause. The reality is, besides sinkholes, underground voids can be caused because of material washout as a result of underground water movement that tends to carry material with it — usually in coastal areas. Ultimately, natural substances can also be carried in with the ground simply moving and shifting over time — leading to the potential for an underground void as well.

Fortunately, there are systems and technology that have been developed to help locate and detect sinkholes and other underground voids that may appear and cause damage. In fact, GPR typically works to ideally transmit an electromagnetic signal directly into the ground and record reflections immediately. The reality is, with GPR, reflections tend to be caused by any change in the below surface environment generally. Ultimately, detecting underground voids is made a lot easier by using GPR.

At the end of the day, having the ability to detect underground voids can be incredibly useful, beneficial, and helpful overall. In fact, GPR is a great method of accurately, effectively, and efficiently detecting an underground void. This can easily help understand where an underground void is located and repair them as needed. The reality is, underground void detection is a key component to making sure that the ground is structurally intact so people can build on it without worry.

Categories: Sinkhole and Void Detection | Tags: concrete scanning, void and sinkhole detection, and void detection
This entry was posted on Friday, July 29th, 2022 at 8:39 am. Both comments and pings are currently closed.