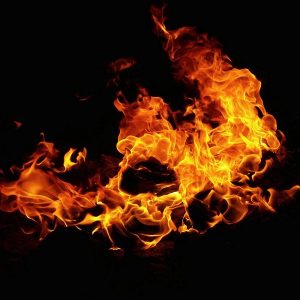 Fire safety is needed on any construction site. Protecting against fires helps promote the safety of homes, businesses, and everyone inside of them. To defend against fires, there are two common solutions: fireblock and firestop. What are the differences between the two? Let’s compare what makes firestop different from fireblock.

Firestopping and fireblocking are terms that are often used interchangeably throughout the United States. However, each term is used for different protective purposes. There is some overlap that is found between the two, but the differences between them are vast enough to be two separate entities.

Fireblock has many similarities with firestop, which is why the two terms are often used interchangeably. The biggest difference when it comes to fireblock is that it uses different material. Fireblock will use basic building materials, such as:

The purpose of fireblock is to stop fires from happening and to keep hot gasses in check so that they don’t cause fires. Fires and hot gasses can spread and access spots that are tough to reach, such as inside your walls.

Firestop was a pretty vague term until the 1980s when it became more defined. Firestop is mainly known as being able to protect through penetrations, meaning it stops fires from spreading, as the name may suggest. There are many materials used for firestop.

Sometimes, sealants are used, often for tubing and pipes. They don’t stop fires forever, but it keeps them in check for roughly two to four hours, giving people enough time to evacuate. It also expands whenever fires are close so that other rooms don’t get impacted.

Pillows are also used for firestop, and they can go into the holes in buildings’ walls, or they can be used to cover up the floor.

Many people have used the term “non-combustible” before. This term is used to describe objects that are unable to transfer heat to another object and that are also unable to catch fire and explode. Sometimes, “non-combustible” and “non-flammable” are mixed up for this reason.

Categories: Construction Safety | Tags: construction site, fireblock, and safety
This entry was posted on Thursday, July 23rd, 2020 at 2:06 pm. Both comments and pings are currently closed.